Step one of your union avoidance strategy: Eliminate the “Us versus Them” mentality

This morning, as I am enjoying my first cup of coffee and watching my favorite news channel, a commercial came on that floored me. It was a rather lengthy spot for the Service Employee International Union-that’s right, I said Union. They were reaching out to heath care workers in retirement homes. I have never worked in health care but I have a few friends that have and I guess, given the stories they have told, the surprise should be that I haven’t seen this sooner.

On the face, they were asking everyone (workers and non-workers alike) to pay attention to the issues at one retirement center and to contact that CEO because, despite an enormous salary for him, he is looking to slash the wages of other workers- including those taking care of our loved ones.  I am sure that they are hoping to call to light this important issue as part of their Healthcare Workers’ Rising Project but even more so my bet is that they are hoping to stir the pot to see how many retirement home workers they can touch who feel underpaid, overworked and not appreciated.

This is, to me, the key to unionization…how the employees feel. Sorry, managers but here we go again with those darn feelings getting in the way of business (yes, I am being sarcastic here.) If employees feel mistreated, the only way that they can see to initiate change in most cases is to band together against the people they feel are at the core of the problem- you guessed it, the managers. There is safety in numbers so by coming together they hope to be able to make things better while not jeopardizing their jobs.  By doing this, there is an immediate Us versus Them mentality. The war has begun.

So what can you do if you would like to avoid the war and the union? Create an environment where the management and the employees work as one cohesive unit. Achieving this is not easy and there are many facets to be considered (we can look at these in depth more later) but two biggies are the company culture and management style. Deciding who you want to be as a company and what you value will determine the behaviors of the entire organization thus culture is critical (not just to union avoidance but the everything from attracting top talent to retaining them to giving your company the advantage over your competitors).

The culture has a big influence on management style- whether it is Control Management or Commitment Management. Control management is the one-sided, do as you are told style contrasted by the Commitment style which is a “everyone committed to working together style.” This, of course, in turn affects your employees’ feelings about their work and their ability to be heard as individuals. If they know they can impact the company and be heard with fear of reprisal then they will not feel the necessity of banding together against you.

The one common denominator in all union avoidance strategies is the employee…bottom line to avoid having to fight against unionization or to fight the employees period is to make sure everyone is working on the same side. There is no fight if there is no opponent! 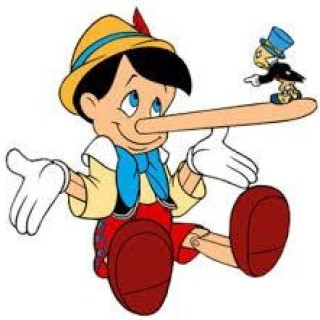